The Hebrew Psalter is a wonderful repository of spiritual insight, imagination and wisdom. Athanasius (c.296-373) described it as ‘a book that includes the whole life of man, all conditions of the mind and all movements of thought’.

From the beginning the psalms have been sung to a musical accompaniment. Indeed, the word psalmos means literally the striking or plucking of a stringed instrument. So it seems that, first, Jews and, later, Christians discerned in these texts a dimension that could be complemented and enhanced by an appropriate musical setting.

Many forms of setting have been applied over the centuries, some more successful and lasting than others (Gregorian chant being a conspicuous example). Anglicanism has developed its own unique approach in the form of the harmonised chant, designed to set a single verse or a pair of verses. Some were composed for congregational use; others very definitely for trained cathedral choirs. But whether plain or more musically sophisticated, the finest Anglican chants are miniature works of art.

When performed by a professional choir, with an accompaniment that mirrors the sentiment of the words and heightens the evolving narrative, they represent a unique and precious Anglican contribution to the Western liturgical tradition. Peter Kirk has done musicians, musicologists and liturgists an immense service in gathering together this remarkable collection of chants. We are all in his debt. I trust that it will be well used in the service of church music to enable us to approach that unsurpassed source of personal consolation and communal celebration that we find in the Psalter. 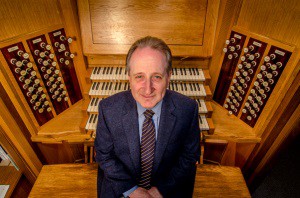 As a cathedral organist the daily psalms are woven into my being; for many choir trainers they epitomise the very Essence of Anglican choral worship. The selection of the perfect match of chant and words is one of life's little joys. I have always been a collector; in my case it was organ specifications. Starting as a thirteen year-year old writing to organ companies who obligingly sent reams of them, I have collected over the decades many hundreds now filed in boxes taking up seven metres of shelf space – useful for research. Until I met Peter Kirk I considered myself a serious collector.

But I was wrong: Peter's utter dedication and total commitment to collecting every known chant is in a different league. His archive is breathtaking, his knowledge of his collection equally remarkable and his instinct for searching out the rarest of specimens quite uncanny.

Peter is not, however, simply a collector, and certainly not a hoarder, for he applies his collection to its real purpose: the singing of psalms to the most apposite of chants. To enable others to make their own selection from, currently 18,400+ chants, each painstakingly computer-set, together with a full index and detailed biographical notes on the composers.

For those of you, who like me, find the Anglican Chant method of singing psalms a thing of timeless beauty, especially when allied to the incomparable translations by Miles Coverdale (1488-1569), such a collection of chants will be of priceless value.